The day after tomorrow

No one can permanently exist in a bubble, but might we be able to live and train in one during a future pandemic?

Hopefully, forty million people won`t have to die this time around, before an effective vaccine is discovered, tested in clinical trials and successfully as well as swiftly mass injected.

Life and limb and the safe pursuit of happiness are the vital priorities, nowadays and also in the coming days.  Yet, every profession and vocation is being hit,  and hit hard to varying degrees, with some suffering considerably more, and coming off an awful lot worse.

Boxing is not only having a mighty lean time of it. But there are also robust questions of how long it will take to get the ball and chain rolling and the punches effectively flying again in front of thrilled and marveling fans?  There are already some bouts being held behind closed doors.  But when the sport in its entirety returns, just what will happen?

What is the residue or film that we`re going to be left with and the frames leading to the remains of the day, which we`ll have to scoop up?

One immediate possibility is that there will be more KO`s because one boxer will have been able to sustain and   train better, with less seismic interruptions to the daily routine than the other.  Whereas the red corner has been pampered with permitted eased access to a private gym and a private jet, the blue collar corner has only been able to work out and sweat it out, in front of a roaring fire in the living room, or in the freezing confines of the garden shed.  “Hey up” as they say in Yorkshire Vs   “Uptown” as they say in New York.  Although paradoxically the boxing gyms in the Big Apple, currently remain closed!

To hallow the turf and level the future playing field, might be a feasible option for wealthy promoters and their generous sponsors, by creating a ship shape container sized training modules or even bigger, with independent air conditioning systems, equipped with a scaled down individually tailored gym, holding  punching bags, a ring, along with a running machine, sauna shower and self contained living area stocked with ample provisions.

Splendid isolation, so that each boxer could go for an early morning run on the walker, hit the heavy bag, eat a specially nutritionally prepared breakfast, take a nap and then have technical sessions, strength and conditioning plus other aspects beamed over via a screen into the pod. “Beam me up Scottie!” Or better still, have their Coach/Trainer  isolated alongside them,  to try to maintain some sort of equilibrium and form of continuity.  All sealed in to avoid the microbes.

With similar and carefully controlled diets, allowing for a smidgeon degree of treat individualism, perhaps it would be easier for the teams in separate pods to simultaneously reach the graduated weigh ins, while expending and monitoring similar energy expenditure and competiveness.  This of course takes into account what you put into your body and conditioning.  But NOT natural talent, experience and coaching excellence, which are the fascinating variables and perpetual imponderables.

We`ve already and gone part of the way towards this, with a space age community,  isolated in a sealed giant pod, growing its own food and creating its own mini world, in experiments over time spans, to assess what it might be like to colonize Mars and more distant planets.

Back on earth with our feet firmly planted on the ground, noises, and atmosphere of an everyday gym could be recreated by sound systems, and also if necessary on fight night.  But if we`re going that far into the future, each fan could rent a special hermetically sealed suit/overall which would preclude the possibility of infection or contagion. So distancing wouldn`t be so much of a problem as going for “A Jimmy Riddle!”

Several sparring partners could accompany our bubble isolated boxer, but just perhaps and maybe a few years further into the future, there might be another alternative. Is it too fanciful or too much of a handful?

Robotics is progressing  by leaps and bounds. So only when circumstances necessitated and obligated due to a pandemic, would it be possible to develop a robot sparring partner, which could be designed for strictly controlled sparring,   extolling  and mimicking the known characteristics and style of the upcoming  rival, meticulously programmed in, using  dovetail precision.

Hopefully with the modulated artificial intelligence factor in play, less chance of tempers fraying then  snapping, resulting in  a sparring session degenerating  into a full scale brawl, in which the human boxer could get knocked down or cut by “Mettle Mickey,” would be less.   Much easier to hit the button to  order: “Time!” 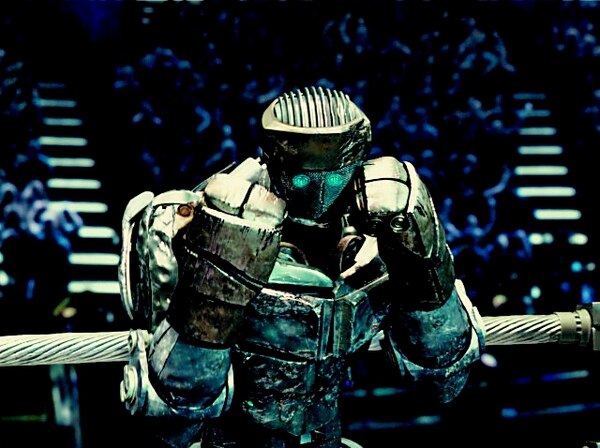 Is this Robbie the Robot, or Arnold cyborg theory just too fanciful, too fantastic or too risky to even contemplate? It`s a moral, rather than a technical question.  Not so long ago boxing experts were discussing the possibility of a larger and  heavier woman boxer, fighting a smaller and lighter man boxer.  Putting aside the physics, I personally and ethically wouldn`t like to see that ever happen.

If God had intended man to fly he would have given him wings?  Nope!  Necessity is the mother of invention.  The Wright brothers launched the first motorized flight with wood, bits of string, sticking plaster and rudimentary mechanics, with Wilbur winning the toss of a coin, lying flat out on this flimsy frame, and on December 14th 1903 for a flight which lasted three seconds in duration.  It could have been a day earlier, when the weather conditions were also perfect. But that would have been the 13th,  and a Sunday!

That very day was the one hundred and twenty first  anniversary of the first successful balloon flight by the Montgoffier Brothers.

And then in almost the blink of an eye, Neil Armstrong stepped on to the Moon on July 20th 1969, confidently stating: “One small step for man, one giant leap for Mankind.”  It was also a quantum leap for technology and of faith, accelerated by warfare.

Carriage to car, from hand made to mechanized is quite a concept, spurred by imagination,  fired by dreams and the ability to transform them into reality in less than a couple of  generations which consist of a lifetime.  As Emily Dickenson wrote: “Because I could not stop for death, he kindly stopped for me.  The carriage held  but just ourselves and immortality.”

Difficult to explain to a carriage builder the assembly line worker method, which built the Ford Model T several decades later.  Or the suitcases we used to put to our ears,   which we consider comically dated compared to the small compact cellular phones of today, which in turn will be absurdly obsolete when a version the size of a signet ring will be attached to the little finger, and solar recharged.

In the future will a boxer be logically, and mathematically retired by a computer, clinically assessing the number of punches received, their cumulative  effect on the brain and the body, compared to the amount of rounds and fights as well as the quality, intensity and durability of those contests combined with the ageing process?

A crisis always brings out the best in some people and regrettably the worst from a minority of others. But the reason human beings are so successful, lies in our ability to think, adapt, process, develop, overcome and progress in the face of the most daunting adversity. A meteorite destroyed the dinosaurs,  but we have our humble origins in the lunar night of pitch darkness, which led to a new dawn, heralding a different evolution.

Great people have altered fate and guided the orbits and progress of many spheres, including Sports and more specifically Boxing.

In the modern era, a major factor, definitely  involved  the leadership and influence of Jose Sulaiman, the innovator, enabler and the  father of modern Boxing.  His influence still lives on.  As the anonymous Poem reflects and is aptly relevant   for Don Jose`s immediate family, and his extended WBC family:

“Those we love don`t go away

They walk beside us every day,

Unseen, unheard but always near,