Round 12: The Super Bowl

I could not avoid writing about the Super Bowl, as I write this column the morning of the game, there is such great expectation and tense anticipation, for it`s one of the most important sporting events in the world, comparable to a World Cup final or the closing of the Olympic Games. 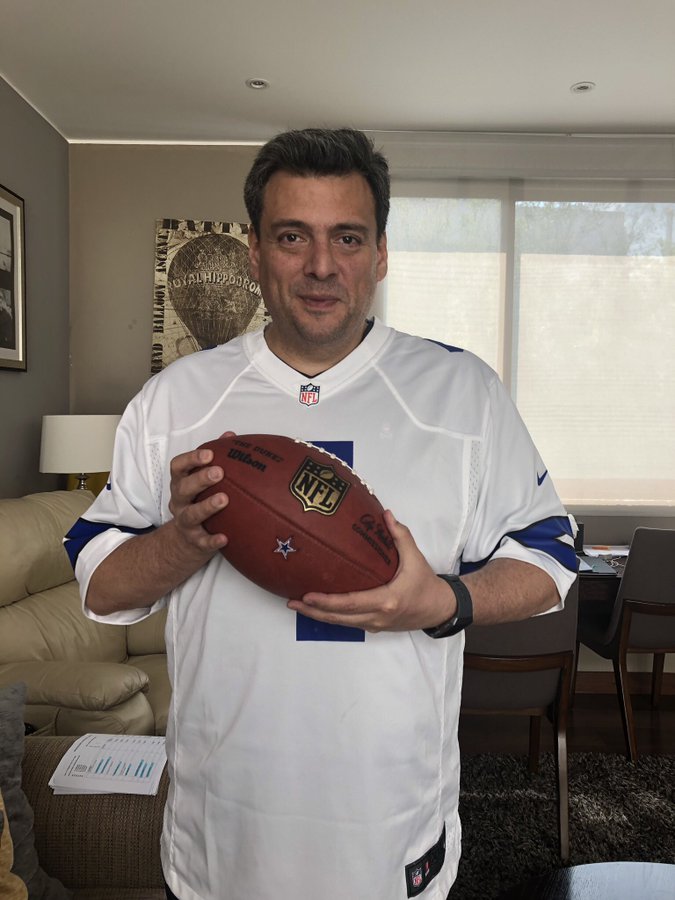 It was a very complicated season, but we must all admit that the NFL did a great job keeping it alive and we are closing the season with the final game with fans in the stadium. The universal enemy, Covid-19 arrived and froze the world for months, without having a single live sporting event. The NFL season arrived and it took place. There were many injured players, due to a lack of adequate training and without a pre season. But, the bottom line has been wonderful, as millions of people were able to enjoy the passion of the sport and thus have a brief but glorious escape from the daily worries that we have all lived through for a whole momentous year.

Who won? Brady or Mahomes? Brady with his experience and leadership aged forty three, or Mahomes with his impetus, youth and ability, which distinguishes him as one of the possible future legends of the field?

If it was boxing, the odds would favor Mahomes, although here it is different, because there is a team behind the quarterbacks and in boxing it is the individual effort inside the ring. The vast majority of legendary boxers ended their careers defeated and dejected, many being a shadow of what they once were. The years never forgive, the physical capacity is undermined as the years and fights pile up. The hand speed, power in the legs and general resistance is steadily lost until the day is reached when they notice they do not have the same opportunity to win.

There are so many examples of how the greats fell in the end. The great Ruben “Puas” Olivares filled the Arena Mexico in his announced farewell from the ring, yet being defeated by the unknown Ignacio Madrid with a 2-2 record, falling to the canvas on multiple occasions, getting up, hitting the canvas again in frustration and despair, to the anguish of the thousands of fans. Sugar Ray Leonard, one of the greatest boxers in history, was knocked out by Hector “Macho” Camacho. Leonard without the anchoring strength in his legs fell to the canvas from blows that in his youth would not have tickled him .

The greatest of them all, Muhammad Ali ended his career to the grief of the fans, after being beaten by Larry Holmes while trying to regain his world championship. Undeterred, he then travelled to Bermuda to lose to then unknown Trevor Berbick. And of course, the Great Mexican Champion, Julio Cesar Chavez also did not escape from this terrible and painful fate. Julio made a series of farewell fights, ending up his career in Phoenix against the unknown Grover Wiley, sat in the stool, losing against someone who could not even have sparred him in his glory days. There are dozens of greats in the ring who retired with sad defeats.

But there are also notable exceptions. George Foreman reconquered his world heavyweight championship at age 45, giving us one of the most emotional moments in boxing history. Another great story, Bernard Hopkins who won his last championship at age 51 !!!!. Some others who were successful even with age, are Archie Moore, Jersey Joe Walcott, Willie Pep and Lumumba Estaba among a few others.

My guess is that Kansas City won the Super Bowl in a fun and emotional game. I think that at the end Mahomes’ youth would have won over Brady. By now, when you read this column we will know what happened, was I right ? Or did Brady and the Buccaneers pulled the magic and conquered glory ?.

Did you know… The only boxer to win the world heavyweight championship four times is Evander “Real Deal” Holyfield. Initially he won the undisputed championship over Buster Douglas who came from knocking out Tyson. Then, he recovered it in a dramatic rematch against Riddick Bowe. He won it a third time knocking out Mike Tyson in one of the great upsets in history and finally defeating John Ruiz winning his fourth championship in the heavyweight division.

Today’s anecdote…. One of my dad’s favorite days was always Super Bowl Sunday . I will never forget that sunday when at the end of our baseball game in little league, my dad told me: “Run my boy, let’s go home because the super bowl is about to start. It was the first time I had that experience it and although Dallas lost to Pittsburgh, I was enthralled for life.

I am absolutely certain that my father would be supporting Brady in this SuperBowl, and that causes me a great deal of conflict as I think Kansas will win but Don Jose was almost always right in picking the Super Bowl winner.

I watched with my dad and brothers that great game where Brady won his first Super Bowl when he received the confidence of coach Bellichik leaving starter Drew Bledsoe on the bench and went on to beat the favored Rams. My dad was fascinated with Brady and from that day on he followed his career closely but obviously without stopping being a big Dallas Cowboy fan!

I appreciate your comments at contact@wbcboxing.com

A variation of Barcarolle in Offenbach Germany