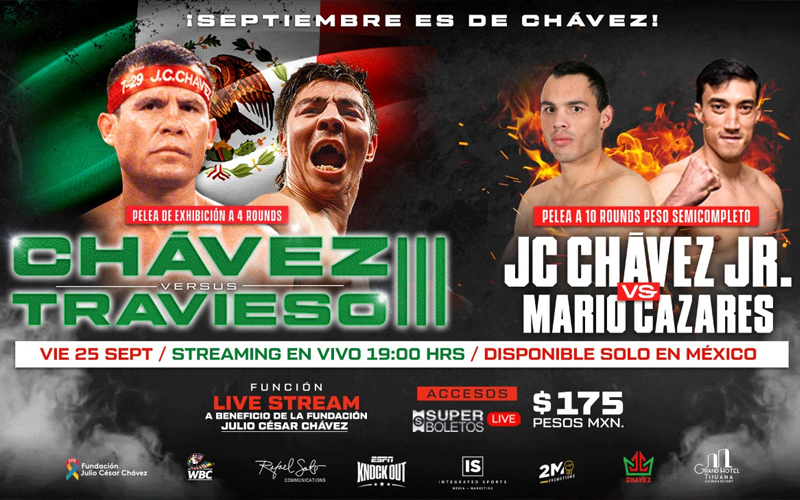 Cazares wants Chávez Jr to be shy and retiring!

Mario Cázares is anxious to get into the ring and achieve the most important victory of his career, not only defeating, but also knocking out Julio César Chávez Jr in a grueling dueling of Sinaloa fighters.
Cázares (12-0-0, 6 ko’s) and Chávez Jr (51-5-1, 33 ko’s) will clash in 10 rounds in the lt. heavyweight division, on Friday 25 at the Grand Hotel Tijuana, where they will be the co main event led by the exhibition of the legends of Mexican boxing, Julio César Chávez and Jorge “Travieso” Arce, starting 6:00 pm in a gala that includes four more professional fights.
Mario’s great story
Cázares’s expectations to become a figure in professional boxing were high, since in 2004 he was a gold medalist in the National Olympiad, defeating Saúl “Canelo” Álvarez in the final. However, he made his debut eleven years later.
The reason why he did not debut earlier is a herniated disc in his lumbar region, a condition which persisted until he was 24 years old, and he still needed medical check-ups as well as therapies.
However, 30-year-old Mario did not waste his time and prepared himself in every way. He obtained his bachelor’s degree in economics from the Autonomous University of Sinaloa and worked hard for an agricultural company in his hometown, which is the same as Julio César Chávez Jr in Culiacán.
After receiving his medical discharge, he made the decision to go to Los Angeles to train for two and a half years, where he met Panda Martínez, a trainer from Freddie Roach’s gym and at the Wild Card Gym he sparred with European, South American and American fighters. , with such good performances that it caught the attention of Roach himself.
In one of those training sessions, Floyd Mayweather Jr saw him and was impressed by the level of Mario Abel, and when he found out that as an amateur he had defeated “Canelo”, he congratulated him and said, “there are two of us”.
Cázares made the decision to debut in professional boxing and for this he moved to Mexico City in the fall of 2015, to train at altitude and put himself in the hands of the brothers Mauro and Lázaro Ayala, with whom he forms a solid team.
The fighter from Sinaloa, who is even taller than “Junior”, is determined and confident in making the fight of his life and defeating the son of the Mexican boxing legend.
“There was a lot of talk about the weight controversy, although there was already a prior agreement, we agreed to fight at 175 pounds because Mr. Julio César Chávez is right, whom I respect a lot and is my idol. It is the great opportunity for me and I am going to take advantage, as I am going to beat Junior. I am going to knock him out and I am going to take him out from boxing,” Cázares said.
The fighter graduate in Economics with a master’s degree in progress said that the supposed advantages that Chávez Jr will have when fighting at 175 pounds, will eliminated due to his process that he is carrying out in CDMX.
“That they have taken all the advantages, has motivated me more, they have awakened that indomitable warrior, that spark within me that will drive me to leave everything in the ring, and I am going to knock him out. Julio has wasted many opportunities, I was only waiting for one and it came to me, and I’m not going to miss it,” said Cázares.
The card will be held behind closed doors following all the prevention and health protocols of the Health authorities, the Tijuana Boxing Commission and the World Boxing Council, and it will have a very attractive undercard, in addition to the exhibition of Chávez- ” Travieso ”and the clash between Chávez Jr and Cázares.
The current WBC Super Bantamweight World Champion, Yamileth “Yeimi” Mercado (15-2-0, 4 ko’s) will fight in a non-title fight, 8 rounds at featherweight, against Tijuana’s Dayanna “Güerita” González (7-3-1, 3 ko’s).
Alos, Karim Arce (16-0-2, 7 ko’s) will face the Mexican David “Choko” Martino (10-8-0, 7 ko’s) in 6 rounds at bantamweight.
Also taking part in the show there will be solid Tijuana prospect Dubiel Sánchez, José Luis Castillo Jr and Sinaloan heavyweight Ernesto “Tanque Maravilla” Beltrán.
The card will be broadcast live, and virtual access for the signal is already available on the www.superboletos.com portal, and will benefit young people with addiction problems, so that they can be rehabilitated, as well as to build houses in Hermosillo for families in dire need. 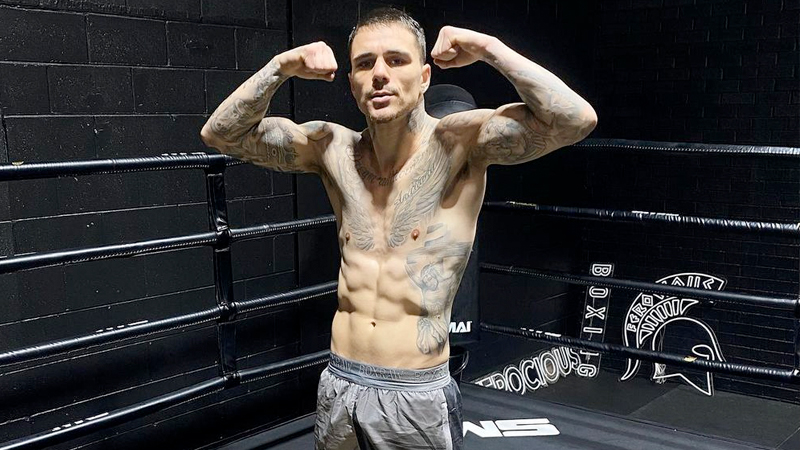 The WBC mourns the passing of Gary Russell Sr.